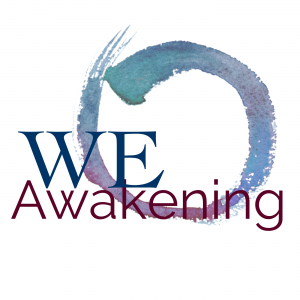 In this episode we take a look at what is truly Real, which is Love. And we consider how, as we open more and more into the awareness of Love—into unitive consciousness—the Reality of Love will become expressed in the world of form. 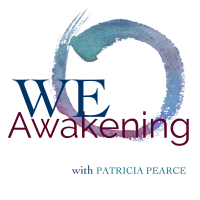 Gather with others to amplify our Heart field and support each other and the world in our collective awakening.

Feel free to join us whenever you can!

Sign up to find out about the latest
blogs, podcasts, and community opportunities.

Awakening to Love in a Time of Fear: Five Essential Practices.

And I have to admit that despite all of my years of spiritual exploration, this message was startling to me, because we have been so inculcated to look to the material world to tell us what is real. And when I’m using that word real right now, I think of it as a capital R Real. And what is Real is love, that that love is the only Reality.

And yet we see that in material form, there can be many things that express themselves in material form, that do not depict the reality of love. So in that sense, they are not Real. But we have been so trained to look to the material world to tell us what is real.

Now, when I received this information, this teaching, I also saw, and it might have been, I don’t recall exactly, but there was an image, I had this image of standing on the bow of a boat. And I was experiencing this spaciousness of consciousness of the mind being completely open and in union with all that is it. The mind in its state of, how can I say, pure potentiality, the mind in the state of everything that is not yet manifested, the unmanifested, which, which includes all possibilities.

So I was experiencing this open-minded state, and it might have been at that point that this teaching came through, I can’t recall exactly.

So the material world is the wake that consciousness leaves in time and space. Yet we spend all of our time, we spent so much effort and so much time trying to change the wake. We spent so much effort and time trying to change what has manifested in the world of form without recognizing that it is consciousness that is creating it.

So continuing on with this metaphor of the boat, most of the time we’re sitting in the stern of the boat, focusing and obsessing and fretting about what the wake is looking like, and trying our best to try to change the wake and make it prettier, or make it more loving, or whatever.

So coming back to this teaching, that just because something exists in material form, doesn’t mean that it’s real, we can look around and we can see all of the systems that we have created as human beings, and we can see how so much of what we have created is not emblematic, it is not reflective, it does not illustrate the truth of love. So in that sense, all of these systems that do not depict love are not Real, they are not aligned with the reality of love.

And I’ve spoken before about how we find ourselves now in a time when the systems that have been produced by this consciousness of separateness are becoming unstable. So we see that the wake is beginning to become unstable because we are making the shift in consciousness, we are more and more moving into the bow of the boat and opening ourselves up.

And so the wake is beginning to change. And we can see that in our world, we can see how the things that have seemingly been so stable for so long, are becoming disrupted. And that is because consciousness itself is making this evolutionary leap, this leap into unitive awareness into unitive consciousness.

And so we are in this very turbulent moment, where, because consciousness is shifting, the wake is shifting, what is manifesting in the material world is shifting. And if we are sitting in the stern of the boat, and we’re watching all of this disruption in the wake, we can become very fearful because the world as we’ve known it, as I said before, is coming to an end and a new thing is arising. And yet if we, if we remain attached to the wake that the previous consciousness has created, we will live in a great deal of fear.

And so much of what we see happening in the world right now, and so much of the violence and the contention, and all of that is actually this primal fear of what is transpiring on the planet. And we don’t do battle with that fear. We allow it to be as it is, we embrace it with love. And instead of trying to change that part of the wake, which is the fear part, we just continue to hold space, we continue to allow ourselves to abide in and align with this reality of our original nature, this original mind, which is one with the all, which is one with love, which knows its essence as interconnectedness and interdependence.

So there is a way in which we disengage at a very deep level from looking to the outer world or the material world to tell us what is Real. And we go inward. We go into into the heart, we go into our deeper knowing where we can experience the essential Oneness of All That Is, and it is from that inner place and that inner knowing that we can be in the world differently. And from this different state of consciousness, this state of openness, of acceptance, of love, from that consciousness, then we are allowing a new wake to come forth.

So, I just leave you with that and, and encourage you to move from the stern of the boat where you might be, as most of us are, trying to fix things, fix things in the material world that we don’t like. To let that be, to let the wake be, and to move forward into the bow of the boat. And even that word “wake” is so provocative, to be in awakened consciousness, and to let the wake depict that consciousness of love.

So with that, I bid you peace. Until next time, be well