One day, several years ago, I was thinking about a print I remembered seeing on a friend’s living room wall. I have no recollection of what brought it to mind, but the print was an illustration of a man standing tiptoe on a mountaintop reaching for a star, stretching so earnestly that he was on the verge of falling.

My friend was a very ambitious person, and I could see why she would have this on her wall; she seemed like someone who was reaching for the stars. And while I think it’s great to want to excel and be all we can be, as I remembered the print all these years later, what I remembered most was how off balance that poor fellow was, how obviously out of reach the star was, how utterly futile his effort was. 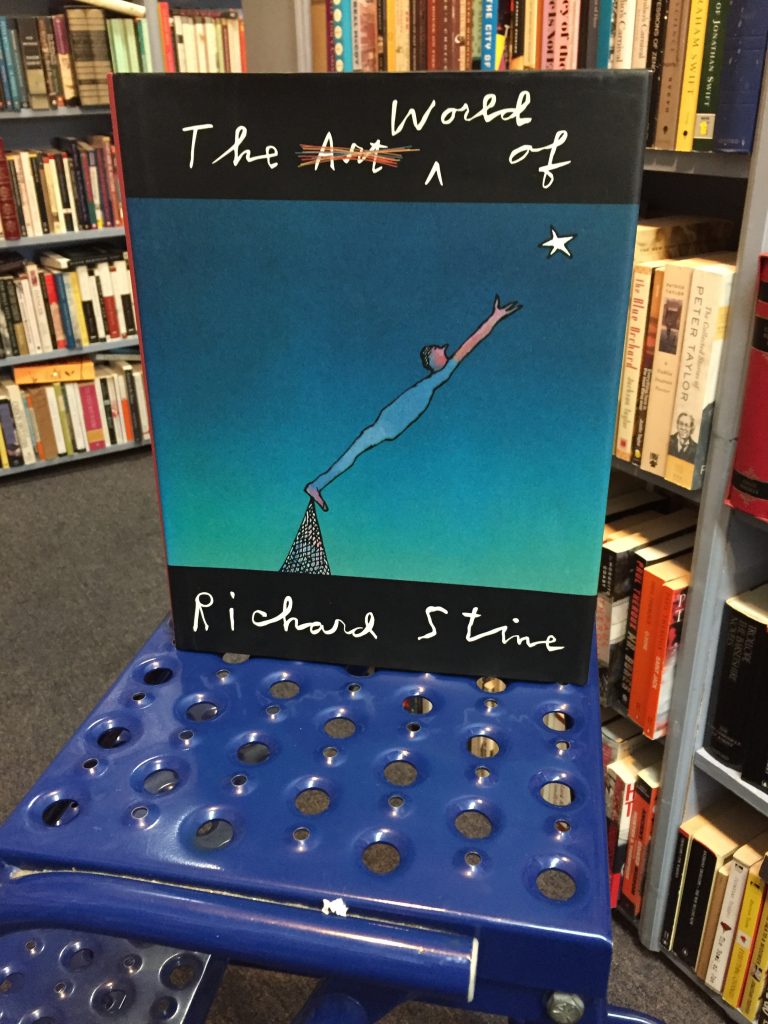 Later that same day I was taking a walk in our neighborhood and I passed by a used bookstore not far from our house. And, wouldn’t you know it, on display in the front window was a book with that very print on the cover. So I went inside and took the book from the window to take a picture of it, thinking I might want to use it in a blog someday.

The Folly of Looking Outside Ourselves

This past year, as we have been weathering this odd reclusive time of COVID, I have experienced a lot of inner shifts and insights. One of them is that I have seen at a much deeper level than ever before what folly it is to look outside of ourselves for our fulfillment.

To be reaching for a “star,” whatever that star might be for each of us, means that we believe there is something we are missing, that there is some way in which we are incomplete or inadequate, some void that can only be filled by something outside of ourselves.

But, as A Course of Love points out, we are already the Accomplished. We are already whole in ourselves. There is nothing lacking or inadequate about us.

So what about you? Is there a star you are reaching for, something you believe is lacking in your life or inadequate about you—something that you believe can only be fulfilled by something outside of you?

If so, take a moment now and just let yourself notice what it feels like to be constantly reaching for that star. Let yourself feel how the reaching leaves you off balance, dissatisfied, perhaps at times even despondent.

Here is what I would like you to understand: that star you are reaching for will always elude you because it is a mirage. It doesn’t exist outside of you. It is your projection onto the “external” world of the light which is already within you.

When you really dig down, what you discover is that what you have been seeking is nothing other than your Original Self, who has always been present within you, and whose brilliance can never be dimmed.