I write and speak a lot about the illusory nature of the egoic mind that perceives all things through a concept called “separateness.” In the mystical experience this idea is revealed to be a fallacy, a trick of the mind. When the veil of illusory separateness is lifted, we see that everything is an interconnected whole. One could say that the mystical state is a united state in which all is seen to be inextricably interwoven and where the separate self we have always thought ourselves to be simply doesn’t exist.

At the dawn of this new millennium, as people all across the globe are increasingly awakening from the trance of the separate self, we suddenly find ourselves in the midst of a pandemic that is accelerating the process by revealing in unmistakable terms the inescapable nature of our interconnectedness.

We are coming to see, thanks to COVID-19, that we must care for our neighbor not simply out of a moral obligation to do so, but out of the recognition that at a fundamental level our neighbor is ourself, and our personal wellbeing is inextricably tied to the wellbeing of all.

For some cultures this is not a monumental step. Having already embraced the goal of mutual wellbeing, they are finding ways to move forward, together.

Not so for the United States. Of all the nations on Earth, the US has exemplified the myth of the separate self more than any other. In fact, individualism is so sacrosanct here that some feel compelled to brandish guns in state legislatures to defend it.

It’s little wonder, then, that the US would stumble so dramatically in the face of a crisis that requires above all else cooperation and compassion. Here, something as simple as wearing a mask to help safeguard the health of others is seen as an affront to individual freedom.

We may want to point the finger at our governmental leaders for having mishandled this crisis, but they are simply acting out our deeply embedded cultural mythos, and in fact doing us the favor of helping us to see it so clearly. Our leaders didn’t drop out of the sky. They arose from the soil of this shared delusion.

Now, as Earth is on the cusp of moving into a global Unitive Era in which the illusion of separateness has fallen away, it stands to reason that the society that has most idolized and institutionalized that illusion would be the society that suffers the most with its collapse. 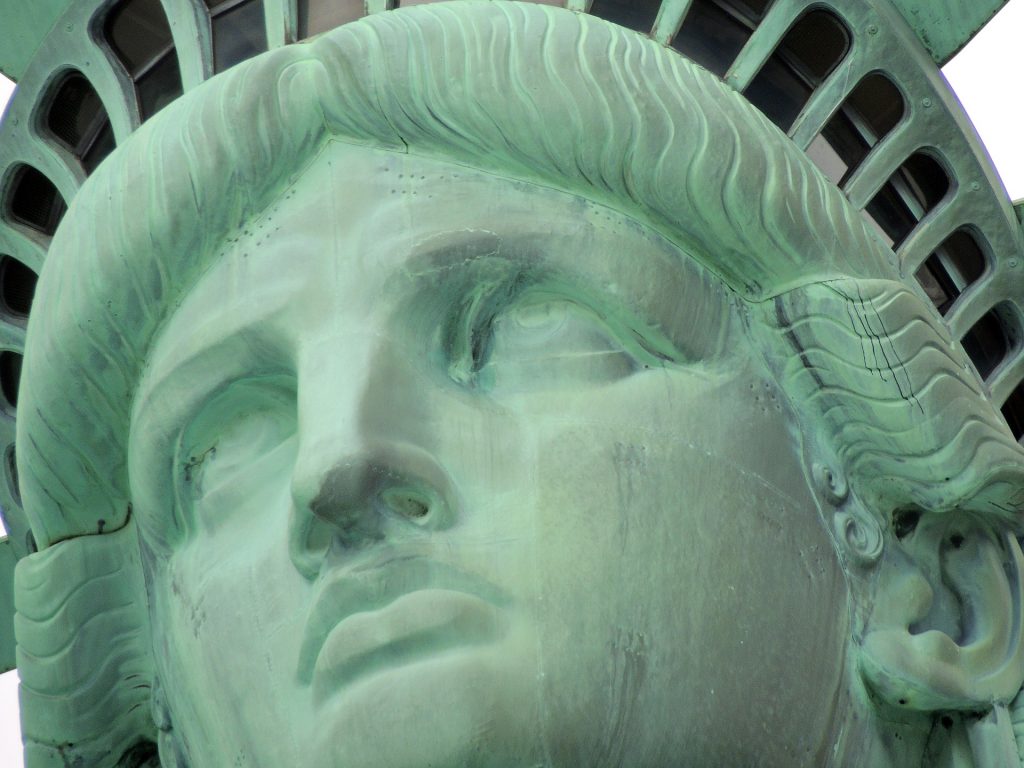 “Partisan” has become the word used to describe our national mindset. Part-isan. A mindset incapable of seeing wholeness, a mindset that sees things only in fragments, adversaries, enemies. But now, due to so many converging factors—Trump, COVID-19, George Floyd, a collapsing economy— we find ourselves in a healing crisis unlike anything we have ever experienced.

The word crisis comes from a Greek word which means decision. The first time it was used in English it was a medical term and it referred to that point in a disease in which the body would either turn toward recovery and health or toward decline and death. The crisis was the turning point moment in which the status quo could no longer continue. A change was inevitable, for the better, or the worse.

This national crisis is all of that: a critical turning point and a decision which each of us will make. We are each cells in this collective body politic, and we will each decide whether we will be a cell that embraces health and wholeness—i.e. union—or one which furthers the disease of divisiveness and thereby our demise.

The question each of us must answer for ourselves is this: are we willing to relinquish the narrative of division, of enemies and adversaries? Are we willing to accept that “those people” are us?

Because that is what this pandemic is here to teach us. And if we are willing to learn its lesson, this nation will finally become something it has aspired to, but never been before: the United States, otherwise known as US.