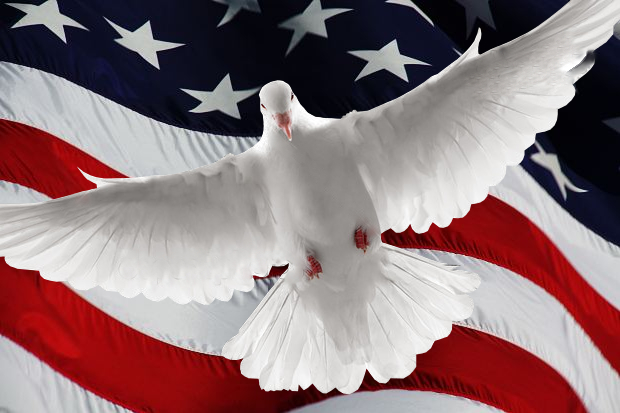 In the face of escalating hatred and violence that is tearing at the seams of our country, many of us are left wondering how to be a peacemaker. How can we counteract the alarming anger and violence without engaging in further attack? How do we unleash the power of peace?

The fundamental misunderstanding about reality beneath all the xenophobia, Islamophobia, homophobia, racism and sexism we are witnessing is that something called separateness exists.

The question is, how do we respond to this erroneous idea without engaging in the same posture of attack that such an idea engenders? I am going to suggest three ways, based on the principles of nonviolence.

Stand in Solidarity with Those Under Attack

When gay people, transgendered people, Black people, women, Muslims—or any group—is being attacked it is essential that people of other demographic groups—straight people, white people, men, non-Muslims—stand in solidarity with them.

The first reason this is important is so that they are not left to face the bigotry and violence alone. The feeling of isolation can be just as painful as the attack itself. The second reason it is important is because solidarity is an effective line of defense.

In 1993, in Billings, Montana, a white supremacist threw a cinder block through a Jewish family’s window because they were displaying a menorah. In response, thousands of non-Jewish residents began displaying menorahs in their own windows. At first the vandalism intensified, but the act of solidarity continued, and in the end the violence and intimidation ceased.

Inspired by that story, our Philadelphia neighborhood mobilized when a gay man’s house was being vandalized because he had a rainbow flag flying outside his home. Scores of neighbors began displaying rainbow flags outside their own homes and eventually the homophobic intimidation ceased.

And of course one of the great moments of solidarity in our country’s history was in the 1960’s when thousands of white people, shocked by the racist brutality being perpetrated upon peaceful Black demonstrators, joined with Blacks to demand change.

It is impossible to overstate the importance of solidarity. When I was in college I spent a year studying in Germany. It was the late 70’s, and up until that time there had been no public reckoning in Germany about the Holocaust. So when the PBS mini-series Holocaust was broadcast on national television, it was a historic occasion.

After each episode viewers could dial into a radio forum to share their feelings. Thousands of people called in to pour out their grief and shame. I can still hear the sobs of one elderly woman who described seeing her Jewish neighbors being taken away in the night. “Warum habe ich nichts gemacht?” she said over and over again.

“Why didn’t I do anything?”

Hearing her anguish made me realize the cost of being a bystander. Nearly 40 years later she was still tormented by her inaction.

But the sad reality is that by the time the Gestapo came for her neighbors, the machinery of hatred was already well in place. For her to step in at that moment might have cost her her life. The time to stand with those who are coming under attack isn’t when the Gestapo is knocking at the door. It is when the persecution first begins.

People who target other groups for harassment, intimidation, violence and even genocide often assume that others will stand by and let it happen because they are not directly affected.

Practicing solidarity, we become with-standers, not bystanders, demonstrating the truth that separateness does not exist.

Love the Person Consumed by Hatred

Solidarity is essential. It can stop hate-movements from gaining the traction they need to become truly dangerous. But by itself it doesn’t go far enough in dismantling the erroneous idea at the root of the violence. In fact, acts of solidarity can reinforce a mentality of separateness if they are done with the intent of shaming the perpetrator.

If we really want to be agents of transformation we have to go farther. We have to learn to love the person consumed by hatred.

They believe instead that their worth and their power arise from their ability to dominate or even destroy another. Blinded to their own divine nature, they cannot see the divine nature of those around them. Oblivious to the reality of oneness, they do not comprehend that when they attack another it is themselves they attack.

As healers, our task is to witness to the truth of who they are. We don’t condone their actions or defend their ignorance, but we hold to the truth of what they cannot see: that in their essence they are whole, and far more beautiful than they imagine.

Heal Your Own Mind

Finally, perhaps the most important contribution you can make to the healing of the world is to heal your own mind. You are sovereign over your mind. You decide what thoughts you will cultivate and which beliefs you will nourish.

So pay attention to how the story of separateness plays out in your own mind, because this is where it all begins.

Start by noticing the attacks you launch upon yourself: the vicious thoughts of self-judgment, of unworthiness, of shame. Notice them and refuse to feed them. You will find they soon lose their power.

The more you can turn your own mind into a zone of peace, the closer the world will move toward peace. Because we are all one, and in the peace of your mind, I find my peace. As you realize your divinity, I am more able to see my own.

Why? Because there is no such thing as separateness. We are in this together, and together is what we are here to learn.

Ready to be the change?

For an inspiring account of the power of love to heal and transform a person consumed by hatred, check out Kathryn Watterson’s book Not by the Sword: How a Cantor and His Family Transformed a Klansman.